Kukri-Tiger is a melee variant of Kukri featured in CrossFire.

This Kukri features a tiger-stripe livery/texture on its blade. It has the same stats with other Kukris, including ability to 1-hit kill HS against armored opponent.

Third person view
Add a photo to this gallery 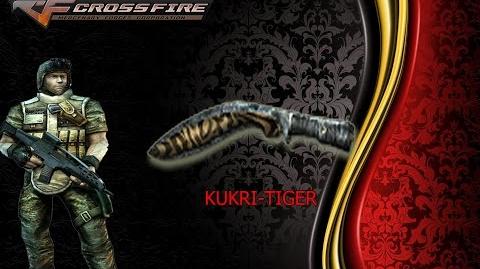 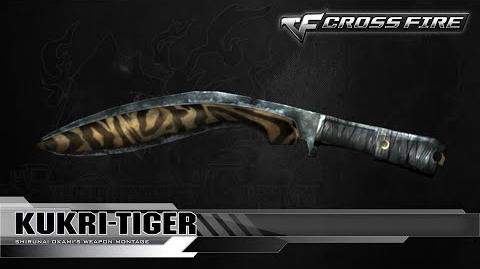 CrossFire China & Vietnam Kukri-Tiger ☆
Add a photo to this gallery
Retrieved from "https://crossfirefps.fandom.com/wiki/Kukri-Tiger?oldid=187993"
Community content is available under CC-BY-SA unless otherwise noted.