Kukri-Beast Silver is a melee variant of Kukri-Beast featured in CrossFire.

It features the same model and animations of the Kukri-Beast, but it has a full shiny-silver texture and blazing effect beside the dragon. Its stats is also similar to Kukri-Beast, with fast primary and secondary attack compared to normal Kukris.

Due to the weapon being a reskinned version of Kukri-Beast and not a VVIP weapon, it doesn't have any special effects such as quick draw and slashing effect but it still retains the special slashing sound upon hitting the enemy, however.

HUD (In Ghost Mode)
Add a photo to this gallery 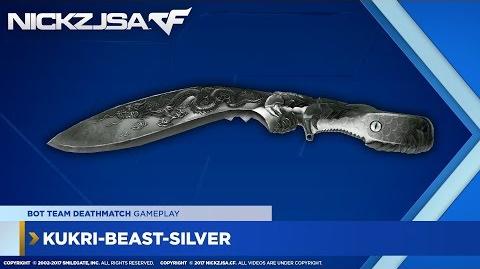 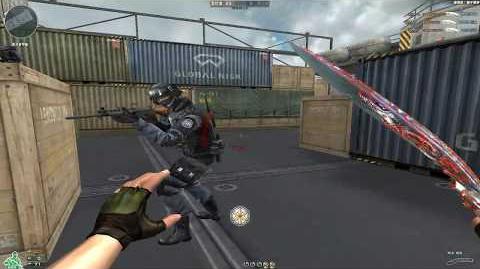 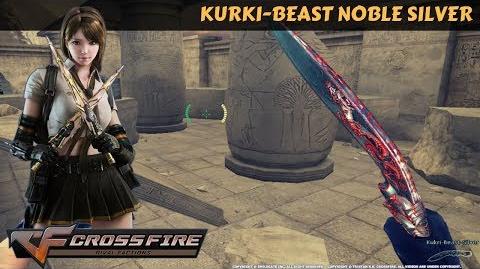 CrossFire Vietnam - Kukri-Beast Noble Silver
Add a photo to this gallery
Retrieved from "https://crossfirefps.fandom.com/wiki/Kukri-Beast_Silver?oldid=197293"
Community content is available under CC-BY-SA unless otherwise noted.