This weapon features a Burning Shot skin (red and yellow color schemes) with an attached silencer like the Ares variant, but the back-up sight has been replaced with a dot-sight scope above the main scope, plus a mini grenade launcher with pistol grip under the barrel. It comes with 20 rounds magazine and enhanced drawing and reloading speed also; furthermore, has a new firing sound which is much quieter, making this gun ideal for sniping Ghosts from distance.

Being an Anti-Zombie weapon, this weapon is equipped with 50 rounds mag in Zombie Mode (with 150 in reserve), allowing it to pick off zombies more effectively. It can also be fired no-scope with 100% accuracy, as the usual crosshair displays, unlike other Sniper Rifles that usually have it hidden - also, this gun has a much faster-firing speed when zoomed in, and firing no-scope is also slightly faster than in PvP mode. It is also equipped with AP bullets which makes it more powerful against zombies and bosses. Also, when the energy bar is full, pressing 1 will switch to Grenade Launcher mode, functioning similar to FAL Custom-Camo except that it can deal massive damage against zombies and slow them down as well.

Titan
Add a photo to this gallery 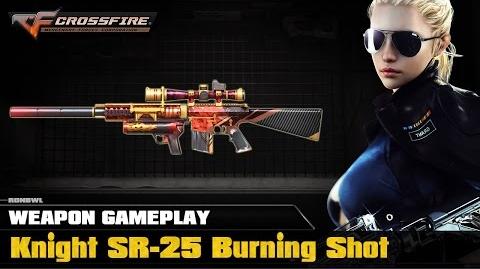 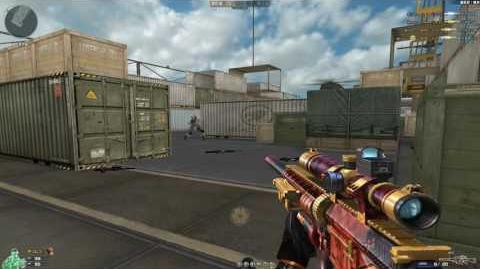 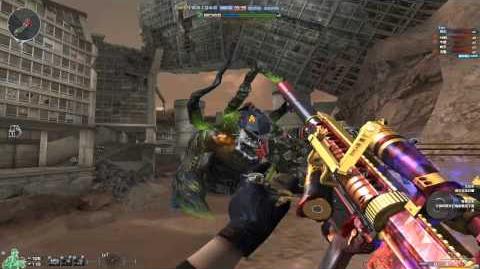 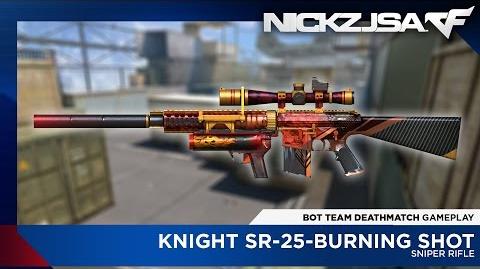 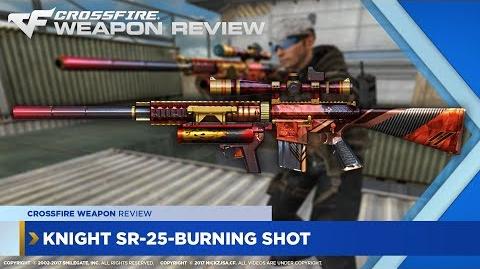