Kinetics CPW is a submachine gun developed by ST Kinetics of Singapore as a PDW-class firearm. This weapon is chambered with FN 5.7x28mm, which is usually used by the P90. It uses 30-round magazine that are molded from a translucent plastic which allows the shooter to quickly verify the remaining level of ammunition visually.

This weapon has a moderate damage dealing, good accuracy, and high firing speed. Despite its firing speed, it is a little bit unstable so it results to a high recoil.

CF Philippines has recently updated the Kinetics CPW to have a weak tagging effect, similar to the Steyr TMP, but the slowdown is less noticeable. 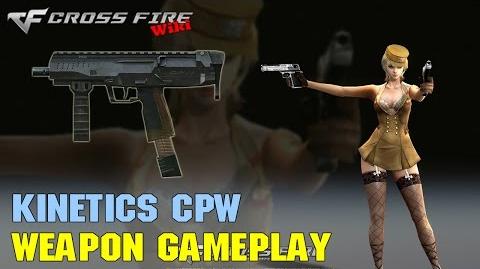 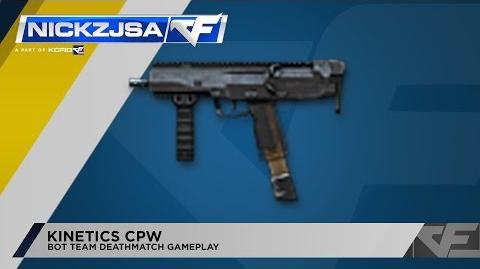 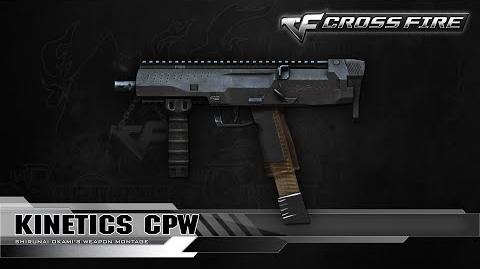 CrossFire Vietnam 2.0 Kinetics CPW ☆
Add a photo to this gallery
Retrieved from "https://crossfirefps.fandom.com/wiki/Kinetics_CPW?oldid=192467"
Community content is available under CC-BY-SA unless otherwise noted.