This KAC ChainSAW variant features a golden phoenix skin all over the weapon. Similar to most other Gold Phoenix weapons, it has a wing effect when drawing and reloading.

The gun doesn't have any significant performance improvements as most of the stats are the same like the original weapon.

Wing effect
Add a photo to this gallery 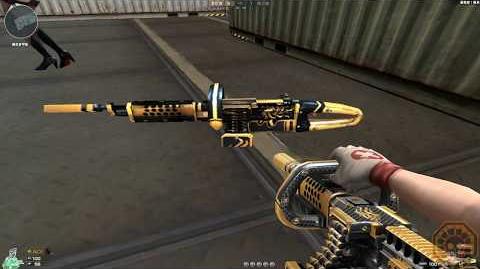 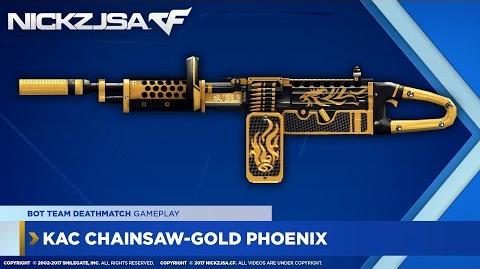 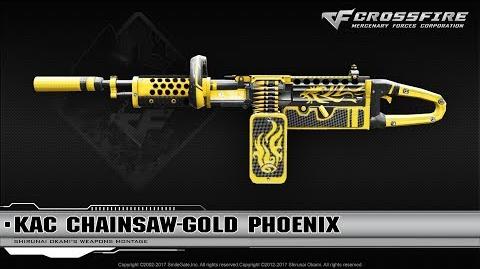 CrossFire China KAC ChainSAW-Gold Phoenix
Add a photo to this gallery
Retrieved from "https://crossfirefps.fandom.com/wiki/KAC_ChainSAW-Gold_Phoenix?oldid=188161"
Community content is available under CC-BY-SA unless otherwise noted.