Gloves-Neon is a melee weapon variant of Gloves in CrossFire.

The boxing gloves that can be used as a melee weapon now has been coated with Neon effect.

Similar to the original weapon, this weapon still consists of two kinds of attack. The primary two consecutive jabs with lower damage, and the secondary hard right hook which results in an instant K.O. to the enemy. 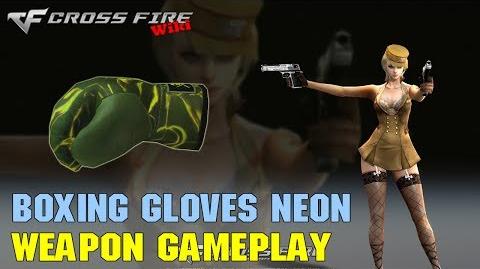