Gloves is a melee weapon in CrossFire.

Boxing Gloves are cushioned gloves that fighters wear on their hands during boxing matches and practices. But these gloves now able to use as a melee weapon against the enemies by jabbing at them, like Rocky Balboa did.

Similar to Knuckles, this weapon consists of two kinds of attack. The primary attack did the two consecutive jabs with lower damage, and the secondary attack executes a hard right hook which results in an instant K.O. to the enemy.

Storm
Add a photo to this gallery 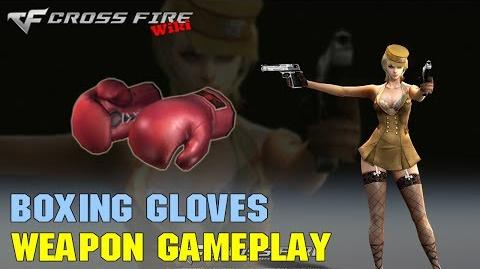 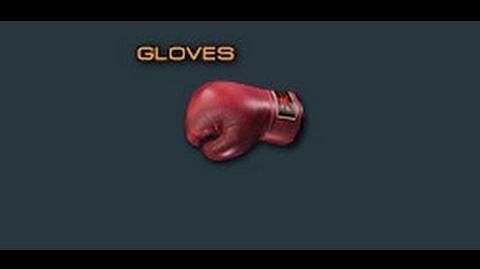 Retrieved from "https://crossfirefps.fandom.com/wiki/Gloves?oldid=208192"
Community content is available under CC-BY-SA unless otherwise noted.