Following the traditional Infernal Dragon design, this weapon has its skin completely redesigned, more detailed and still features an Infernal Dragon on its body with glowing eyes, plus a mounted Keris-like knife. It comes equipped with 210 rounds belt (+60), making it the largest capacity among all MGs in CrossFire. Gatling Gun-ID is also lighter and doesn't slow down players much when fired while moving, and it has melee attack as well.

This gun features 2 improvements over the original Gatling Gun - the barrel will continuously spin in a slow-state, allowing the gun to fire much quicker when LMB is pressed. It also features a unique reload animation where the belt is being fed into the gun and the ammo counter fills up to its maximum capacity - it's possible to interrupt this process and fire right away with whatever amount filled, but otherwise it's much faster than reloading a normal Gatling Gun.

Just like the RPK-Infernal Dragon, this gun also gives the user an additional points for Zombie Mode, but only 30% bonus points due to the fact that it's a Noble class in nature plus its existing, unique effects/features.

Limpid
Add a photo to this gallery 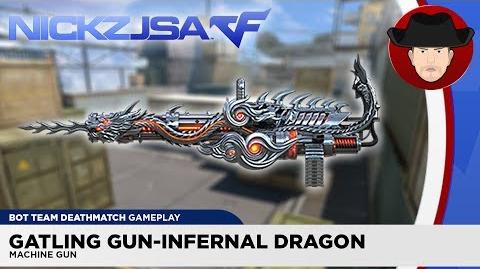 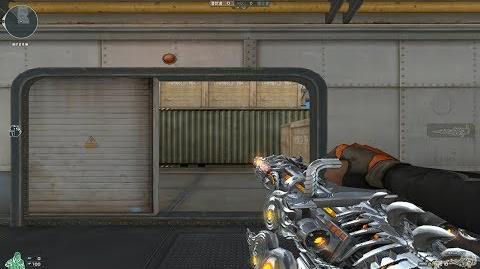 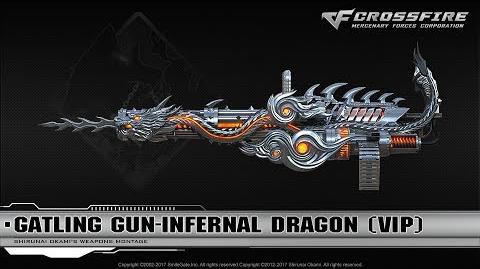