G3A3-Camo is an assault rifle variant of G3A3 featured in CrossFire.

Like other pieces in the Camo WS, this gun has a tan/beige color scheme with a camo pattern painted on the handguard and a skull logo on the buttstock, plus a new model design that's adapted from the G3A3-S Ares but without dual mag and silencer. Comes with 25 rounds magazine (+5) and a slightly reduced recoil. 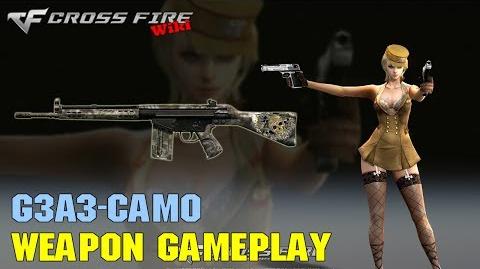 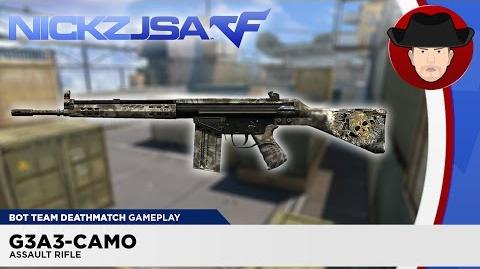