"A small handheld weapon that is designed to be thrown. It emits a high-pitched sound and a bright flash of light designed to disrupt enemy senses."

The Flashbang is one of the three basic throwing weapons featured in CrossFire.

The Flashbang is used to blind players and muffle all sounds for a short time. This allows you to attack the enemy while he is stunned and cannot see/hear very well. But, it can also blind you and/or your teammates, so it's helpful but dangerous at the same time.

Most of the time, a teammate will be unwary that another teammate is in that location and a flash will blind a teammate and get them killed.

The duration of the flash effects can be reduced by using the Flash Guard item. It also stacks with any skilled characters that already had the Reduce Flashbang effect.

In Challenge Mode and AI Bot Mode, AIs are immune to the Flashbang effect, thus it's not recommended to equip Flashbang in said modes as it's useless against them (Bot TDM-Mix is an exception since normal players are on both side).

To piss off some teammates, some dirty players will often purposely throw flashbangs at allies and blind them such as camping snipers or campers in general. In Mutation Mode, some dirty players like to throw Flashbangs at other players about 3 seconds before the round starts to get an advantage if they randomly become a mutant, but is a double-edged sword as there is no guarantee the one should become a mutant. Sometimes they also throw at players who are defending against mutants.

Halloween 2019
Add a photo to this gallery 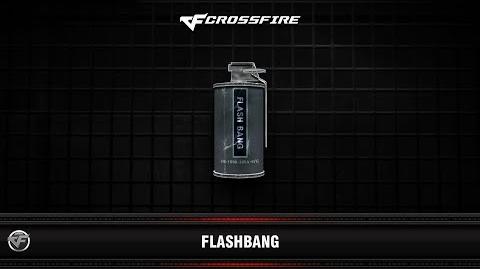