Just like the other Noble Gold weapons, it features the same model and animations from original weapon, but it has a full gold plate texture, silver steel texture and blue lightning texture on its body. It has no VVIP perks (including the Goodbye Brother perk) and uses the original animation of the stock variant.

After upgrading, it will have the same VVIP perks of the Field Shovel-Born Beast, including the Goodbye Brother perk. 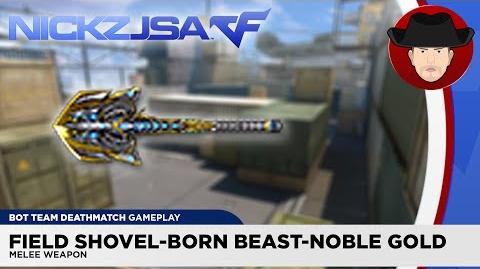 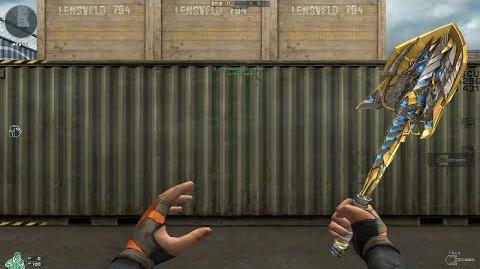 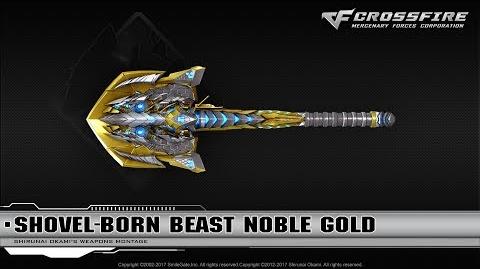