The FOX AK47-Beast features the tiny figure version of the FOX on the Black List armed with the AK47-Beast. Its stats are similar to the mentioned weapon, however. Despite its small size, it still can perform the secondary attack, which is the knife stab. 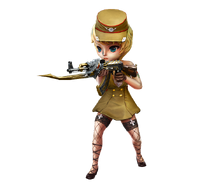 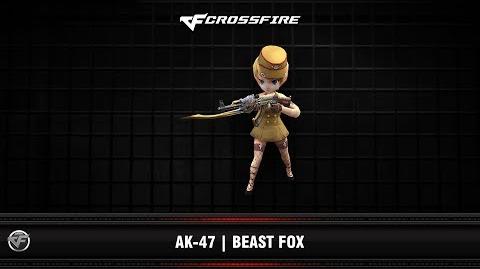