FN Ballista is a bolt-action sniper rifle featured in CrossFire.

It's the first sniper rifle that has a fixed 15-round box magazine (unlike Knight SR-25 and FR-F2 which magazine capacity varies depend on each server), 2x zoom scope plus unique sound effect. The FN Ballista has a fast bolt cycling time (second only to AWM Ultimate Gold), making it very dangerous in close quarter combat. However, this gun suffers from weaker damage than expected for a Sniper, sometimes scoring only 94 ~ 97 HP with a direct shot to the chest, so players will have to be ready to fire off a second shot if the first one didn't stick.

CFS 2018 Celebrate
Add a photo to this gallery 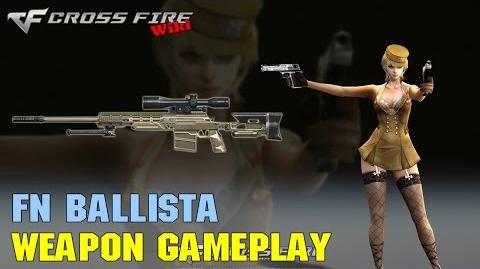 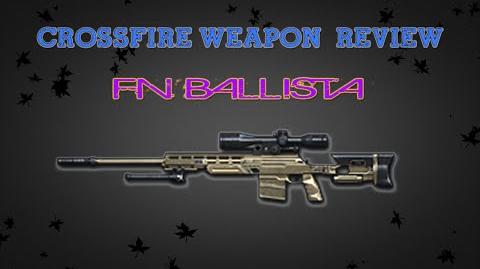 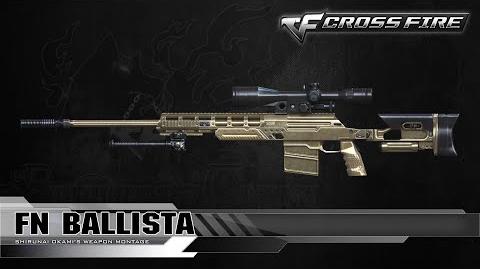 CrossFire Vietnam FN Ballista ☆
Add a photo to this gallery
Retrieved from "https://crossfirefps.fandom.com/wiki/FN_Ballista?oldid=181037"
Community content is available under CC-BY-SA unless otherwise noted.