Enchantress is a kind of Mutant/Zombie in CrossFire. She is quite similar to Maiden, but has green body, form that looks like an enchantress and is completely mutated as opposed to partial like Maiden.

Like Maiden, Enchantress jumps higher than other mutants by default. Her special ability (G) is mega jump - once activated, she can easily reach very high ledge with a single jump. This makes Enchantress very dangerous in maps with lots of high vantage point. 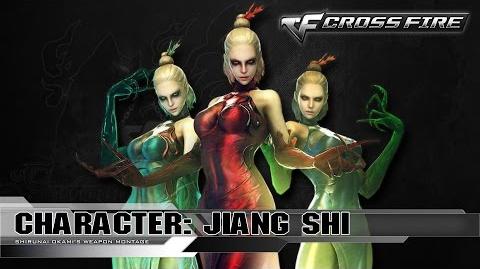 Retrieved from "https://crossfirefps.fandom.com/wiki/Enchantress?oldid=176391"
Community content is available under CC-BY-SA unless otherwise noted.