Elite PVE is a Ranked Game Mode that pits five players against an horde of zombies and various bosses. The mode plays very much like Challenge Mode but with some new mechanics, such as the core system and weekly obstacles.

This mode plays out similar to classic Assault maps in ZM, pitting players against the hordes that must be killed to progress through each round and then defeat the boss at the final round to win. Players have access to their HypoMed L/R cache, but cannot use Revival Coins and Intrusion Coins , due to the nature of the Ranked Match that prohibits random players joining an ongoing match. The Dash skill from Boss Annihilator mode is present, allowing players to make a quick dash for a speed boost or dodge attacks, albeit without Invincibility effect.

Unlike classic ZM, players are not allowed to use Ammo Belt and ZM Bag Switch item, but they can equip ammo mag to increase starting reverse ammo capacity. The damage-reduced effects from boss types of equipment in newer ZM maps are negated, so everyone will have to rely on their Core setup to modify damage taken. Game-changing effects permitted includes: Critical hits (from applicable VVIP weapons), ammo boost (VVIP weapons), Heal effect (M4A1-S Under Tech's Laser beam), ZM-related effects from Rings (HP Recover and Damage Reflect) and Bless skill (From VVIP or skilled characters).

Weekly Obstacles are negative effects that increases the difficulty on Elite PVE matches in various ways. There can be up to four of these during a match and those rotate weekly, as the name implies. As of season 2, they're now broken into four tiers; hover their icon to see each attributes. Here are all of the obstacles that can occur during matches:

Upon Season 1, the obstacle levels have the same difficulty with the corresponding difficulty level of the map (in terms of health point and damage). Starting from Season 2, obstacle has their own level system with different difficulty, listed as below:

Core System is an Elite PVE Mode feature that helps soldiers take on the more challenging stages of the mode. As the players play, they will get various cores and core boxes from match rewards and weekly/season rewards as well. These cores come in three tiers, which all provide various helpful buffs that players can place onto any unlocked core slots.

As of season 2, the precious core tier was introduced, which provides even higher buffs than uncommon ones. This tier also includes combined cores, which contains two out of the three buffs from each type (special type excluded) with the caveat that both stats are only as good as their uncommon tier counterparts. Here are all of the cores and their stats:

This mode features multi tier ranks, similar to other Ranked Match modes, but this time, it provides a rank based on their combined highest scores from both map.

Additionally, an Elite Rank is present, going up to level 45, which converts score points to experience. This level system unlocks core slots to allow soldiers to bring more cores into the mode in Season 1 and 2, but until Season 3, all core slots are opened along with the fact players' ranking level are reset. The list below refers to Season 1 and 2, however.

There are various new rewards associated with this mode, which can be granted from two random drops at the end of a successful match, weekly rewards such as the first five games and highest difficulty achieved, season stage milestones, level up and finally, season rank rewards. Here are the possible rewards as introduced per seasons:

New seasons brings new systems, maps, bosses, rewards and various tweaks as well. The purpose of this page is to document all of these additions/changes as introduced per season, as the other pages will always attempt to reflect the most up to date information. Here are the various changelogs per seasons. 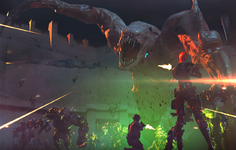 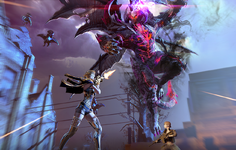 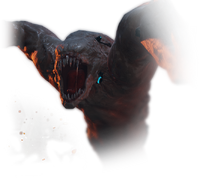 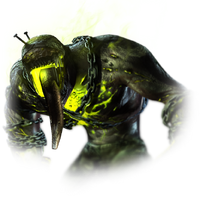 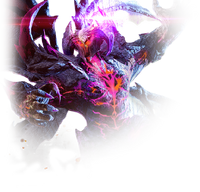 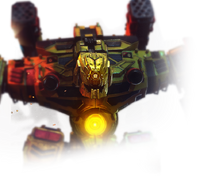