Dual Karambit is a melee weapon featured in Crossfire.

It is the third dual melee type after Dual Kukris and Dual Axes, also the second one made available in all game modes after the Brass Knuckles. One Karambit is held in each hand. The right one faces downward, and it shares a similar attack animation with Dual Kukris, albeit much faster. This weapon has a short attack range (about the same with Brass Knuckles) due to the Karambit's short blade.

It also can one slash on the head, and two slashes anywhere on the body to attain a kill. (like the Kukri, Boxing Gloves, Axe Variants.. etc)

It can easily one-hit kill anywhere on the body with one secondary attack. 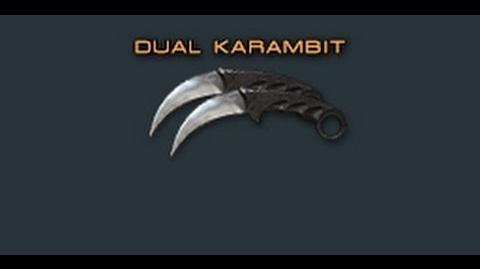 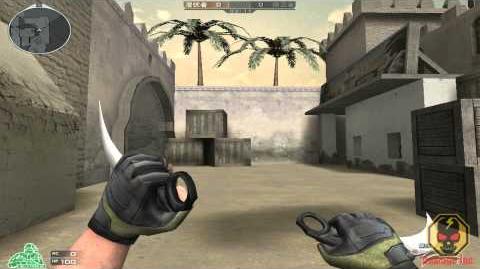 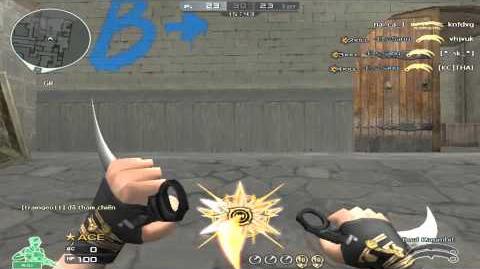