Dual Daphne Saber is a special melee weapon, available only to Nymphs and Girl Crush.

This weapon consists of two Daphne Sabers with short blades, allowing Nymphs to wield them one in each hand. The character will position one sword upward while the opposite one facing side way when drawn.

Dual Daphne Saber features quick slash (LMB) and heavy slash with both sword striking a center point (RMB) attacks. In addition, when the Charging bar is full, pressing E will charge the sabers with Sonic Wave Energy, allowing the character to shoot the waves as projectiles that deal damage against all zombies in its way. While used, the character will also bless all soldiers with unlimited ammo and increased running speed, while she gains the ability to self-heal (2HP/s). All the effect can only last for 10 seconds.

Charged secondary attack
Add a photo to this gallery 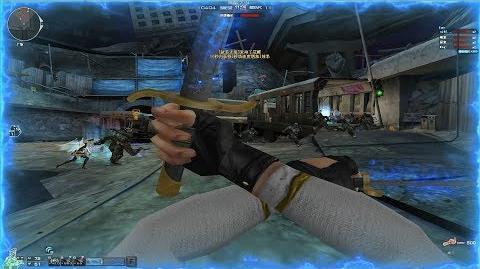 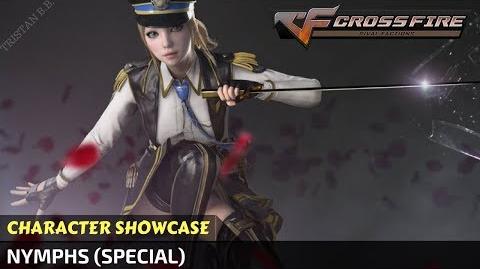