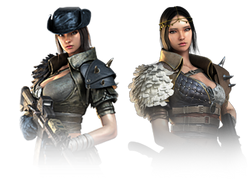 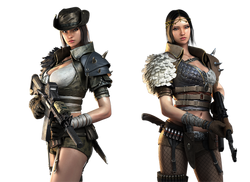 As her name suggests, she is the character coming from Parasite Expansion. Like the Ranger, Devil Hunter Merc shares the same model with Devil Hunter Boss but with some differences; she has a blue sun hat on the Global Risk side, while her Black List counterpart simply has her hair recolored from white to black. 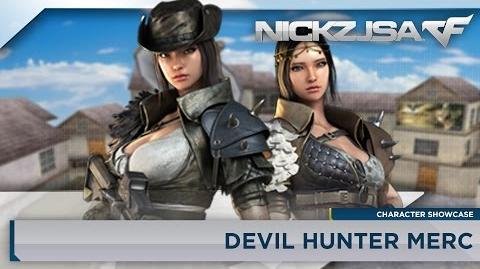