Start a Wiki
Desert Raid is a launch Battle Royale map sets in a large desert landscape with various point of interests containing loot. A construction site serves as the waiting area for the map.

The map takes place inside an abandoned battlefield, presumably after GR and BL fought over the hidden relic at Excavation and had to evacuate due to the infested mutants. It's a large desert enclosed by mountants with several military components such as a Radio Tower, Fuel Dump, a Hospital, a Gas Station and several Bunkers scattered around. There's a relic located near the center of the map with a dig site and a large tower. Even though the map is mostly empty, there are some trees managed to surivive and form a mini forest, providing all players some sort of covers.

Given the dried river's presence, this place could've been once rich and vibrant, but war has gotten the best of it and converted it into a lifeless desert.

The main transportation in this map are Segways, a compact automobile that can carry up to 2 players at a time. The passenger is unable to use weapons while riding shotgun, unfortunately. 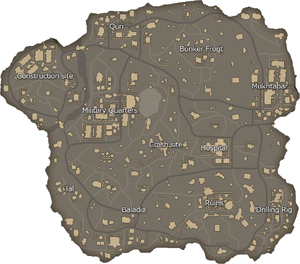 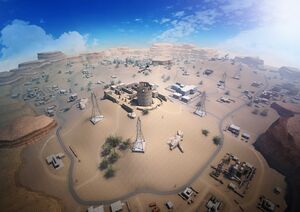 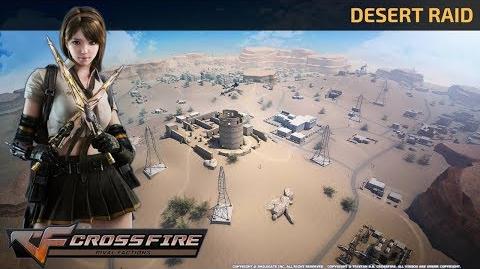