Desert Eagle-Silencer is a silenced pistol variant of Desert Eagle features in CrossFire.

This is the second silenced pistol in the game after the MK23-Silencer.

It has the same stainless steel finish as the original, but featuring a black suppressor with a 10 round magazine. It has less recoil and low firing noise due to the silencer. It also has faster draw speed than other Desert Eagle variants (except VVIP and their reskinned variants), but has slightly slower reload speed.

The silencer allows it to score stealth kills and make players harder to be detected when firing from distance, also useful for Ghost/Shadow hunting.

Rank Match Red
Add a photo to this gallery 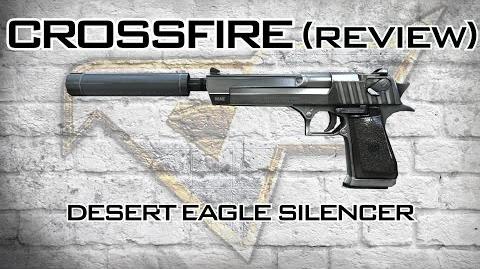 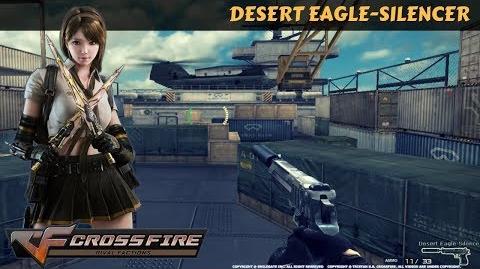 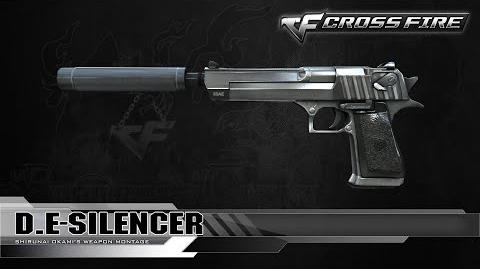 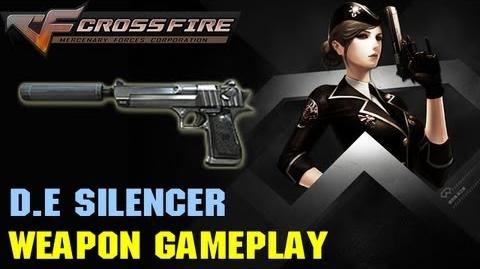 CrossFire VN - D.E Silencer
Add a photo to this gallery
Retrieved from "https://crossfirefps.fandom.com/wiki/Desert_Eagle-Silencer?oldid=203154"
Community content is available under CC-BY-SA unless otherwise noted.