As its name suggests, this Desert Eagle has an El Dorado-themed skin with silver-gold decoration similar to the Noble Gold skin, plus it comes equipped with a dagger mounted on the barrel. It also has a 10 rounds magazine (+3), enhanced draw, and reload speed.

Unique to all other weapons, Desert Eagle-El Dorado is dual-wielded, but normally only one gun is used and fires in semi-automatic mode. However, if LMB is held down, players will raise their left hand and fire both guns in an automatic-like manner. This technique has the advantage of high damage dealing since both guns retain its single-wield quality, but at the same time increases recoil greatly.

Wielding in one hand. 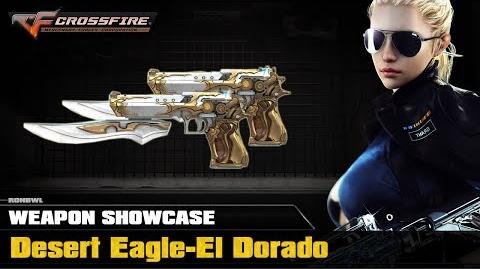 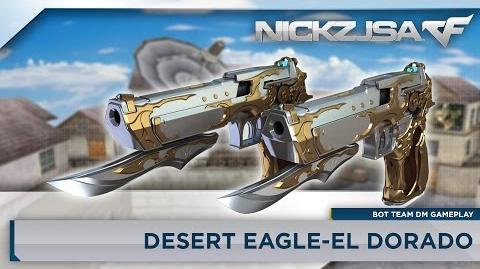 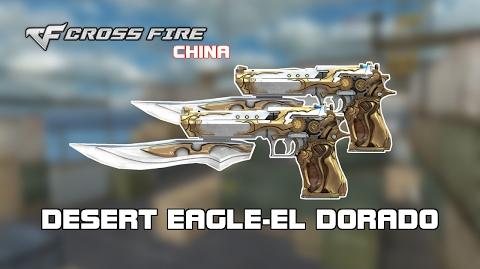