This weapon features the 10th anniversary logo of CF Vietnam on the design and ones flying around the weapon. Similar to the Balance variant, it uses the old model and has original weapon stats which only has 7 rounds per magazine with normal drawing/reloading speed. 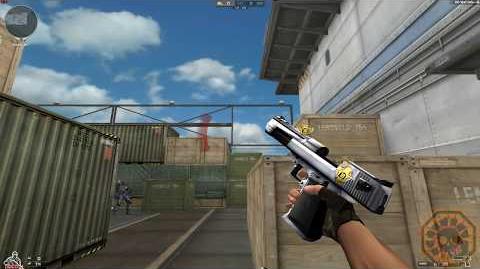 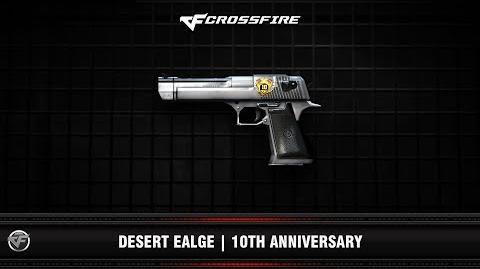 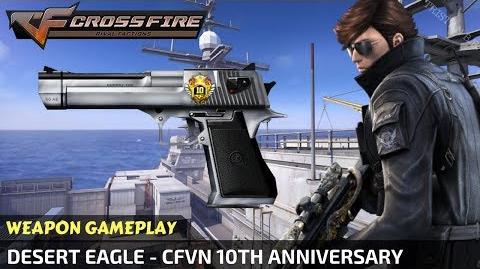 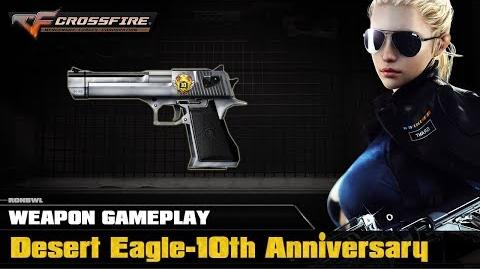 CrossFire VN - Desert Eagle-10th Anniversary-0
Add a photo to this gallery
Retrieved from "https://crossfirefps.fandom.com/wiki/Desert_Eagle-10th_Anniversary?oldid=180516"
Community content is available under CC-BY-SA unless otherwise noted.