Desert Eagle (sometimes shortened as DE or refered as Deagle) is a semi-automatic magnum pistol featured in CrossFire.

Considered to be the iconic pistol in most FPS games, including CrossFire, Desert Eagle features high damage and accuracy, and able to take down the opponents with 2-3 shots on the body or 1 headshot up to the medium distance. It is also combined with its high rate of fire and moderately controllable recoil. But this gun has a small ammo capacity with only 7 rounds magazine (35 in reverse) and a pretty slow reloading speed. But it's still very popular for the players due to its advantages. 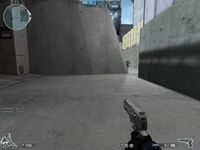 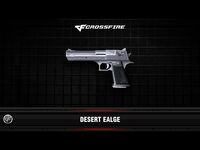 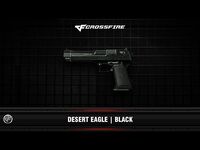 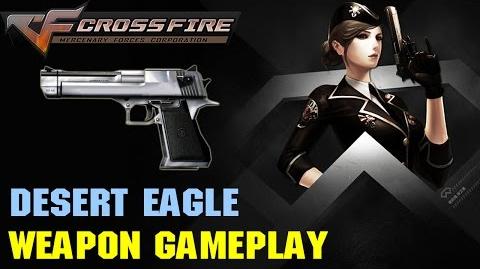