Start a Wiki
Dark Village is a launch Hero Mode X map (alongside Mansion), that is set in a ghost town during the night. The map features various rooftop areas that soldiers can settle on in order to defend against the upcoming horde and their leader.

This rooftop requires some tricky jumps to access it, but once up there, it offers a good spot as well as a decent view of most of the map. Alternatively, soldiers can go behind the generator and find a ledge where they could also possibly defend.

Near the spawn area is a coffee shop with a stairway leading directly to its roof. It does require a good amount of people to hold that position as it can get easily overrun by mutants. However, in such an event, jumping down into the back alley is an option.

Somewhat near the spawn is a stack of boxes leading a thin ledge surrounding a flower shop, which soldiers can easily take control of. It is important to note that mutants can still infect anyone standing too far back, near the shop's sign.

This platform features a ladder, which makes it very easy to defend. It is definitely one of the more effective spot in the map. But soldiers should still be careful of mutants attempting to infect them from the stack of boxes on either side but also from the back alley.

This balcony area located in the coffee shop could be a somewhat decent holding spot, as long as the clock tower is totally secured by friendly soldiers, otherwise, mutants will use it to access the balcony from there. It is quite unlikely that a group would ever camp there though.

While it is definitely not a recommended place to defend in general, given the ease of access to this area, it's quite the decent arena for Commandos to use. It allows them to focus on that one area specifically while also being able to move around without falling. 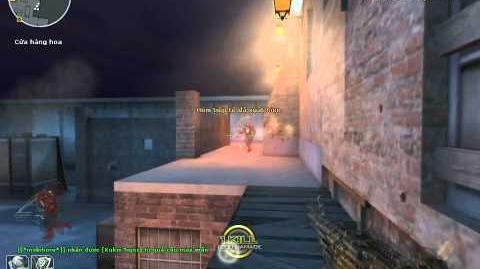