DSR-1 is a semi-automatic sniper rifle featured in CrossFire.

The DSR-1 fires the powerful .300 Winchester Magnum ammunition. It has very high damage and has a single scope phase. It also featured a semi-automatic firing rate, which makes it more powerful.

It does one hit kill in the chest. But this weapon has a notoriously accurate no-scope when standing still. The DSR-1's drawing time is quite long, making this one of it's notable disadvantages.

Rusty
Add a photo to this gallery 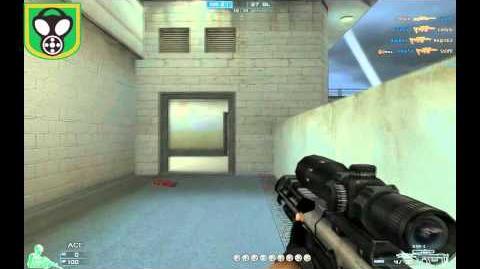 Crossfire - DSR-1 Gameplay
Add a photo to this gallery
Retrieved from "https://crossfirefps.fandom.com/wiki/DSR-1?oldid=200684"
Community content is available under CC-BY-SA unless otherwise noted.