Check out the content of CrossFire China's next update, which includes Elite PVE Season 4 details!

CheyTac M200 is the second silenced sniper rifle in Crossfire after the VSK-94. It comes with a 7-round magazine (21 in reserve) and two-level zoom scope, just like most bolt-action sniper rifles, though the second zoom does higher zoom than other rifles. It has a moderately fast draw/reload speed, although bolt cycling speed is still slow.

The CheyTac M200 features full wallbang damage like the Barrett M82A1. It also has a camo skin and shares the scope design with Knight SR-25. Uniquely, this gun is the first sniper rifle equipped with a stabilizing device which causes no accuracy lost when taking damage while zoomed in.

On some occasions, this gun only deals 87-99 damage around the lower torso to the feet, and thus may put the user in danger if his target manages to survive and return fire. This may be a balance toward its advantages. 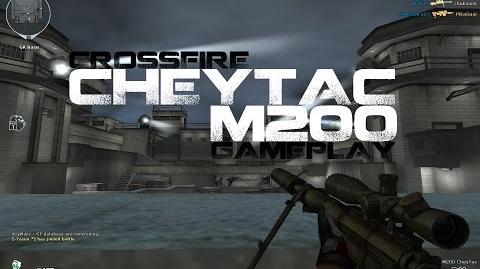 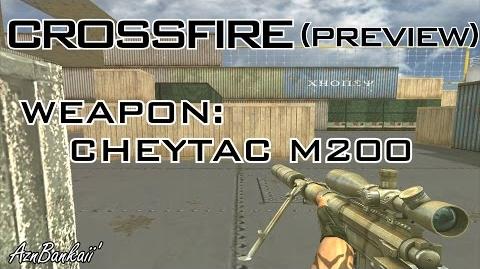