Captain Mode is a combination of Elimination and Team DeathMatch modes where two teams are facing off one opponent at a time in an attempt to eliminate their opposing team to gain round points toward the goal objective.

Two teams of five soldiers maximum each face off one at a time with thirty seconds on the clock for each rounds. Whichever stands will fight its next opponent on the list, but will remain whatever health he/she had on the previous round to keep it fair (in the long run). Once a whole team is eliminated, the standing team scores 1 point and whichever team reach the score limit (3, 5 or 7 rounds) first will win. The round timer being set to only thirty seconds can often result in situation where nobody dies during the round. In such condition, the tie breaker eliminates the soldier with the lower health points. In a situation where both players didn't lose any health in the first round, both players will be eliminated; bringing the next two onto the field. To avoid stalling in later rounds though, if nobody loses health during the encounters, the standing soldier from the previous round will always win by default; even if they had lower health due to previous encounters. Another way to prevent stalling / hiding, the game will activate the same heartbeat detector used by soldiers in Mutation Knight Mode during the last ten seconds of each rounds. If a player is within proximity of one and another, they will show up as red dots on their respective radars.

The order of which soldiers will be sent out on the field is determined by their battle scores, from lowest to the highest. The person with the highest score on each team will become Captain for the round, although it doesn't seem to have any sort of perk tied to it, except being last one of the team to fight. After each complete round (team eliminated), the game re-arrange the order based on the current battle scores of each soldiers and also change captains if their score were beaten by a teammate. It's possible for somebody to always go first or last (maintaining Captain status) if their score is always the lowest or highest respectively.

These are the following way to obtain battle scores during rounds of Captain Mode:

The room host may enable the Tag feature in the room options before starting the game; this will allow soldiers to temporarily switch place with a spectator for the remaining rounds (more specifically, until a team is eliminated). The main idea is that soldiers may perform a tag if they feel they are in danger. Upon pressing the tag request button, a request will be sent to spectating players for a limited time. If one of them accept the request, the current round will restart and the spectator will replace the soldier that sent out the request. Once a team is eliminated, that player will return back to spectator slot. If there are no spectator or if nobody accepted the request before the request timer runs out, nothing will happen. Additionally, to avoid extreme usage of the feature, each teams are limited to a maximum of two tag request per complete set of round. 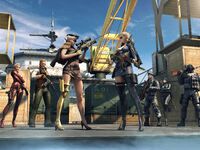 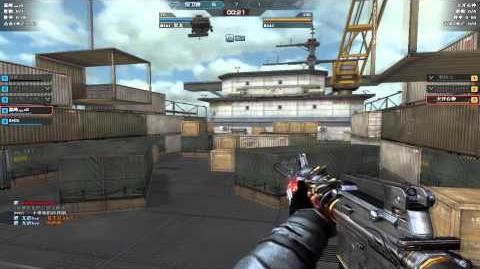