If you are looking for the 2017 and further variants, see here.

CFS Grenade is a tournament variant of Grenade.

It features a the original grenade texture but with the CFS logo on it. Each year's design for the grenade are various. 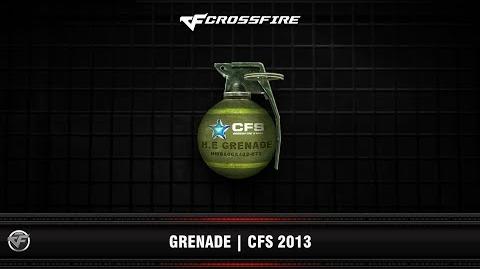 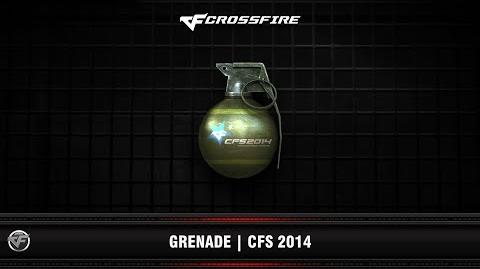 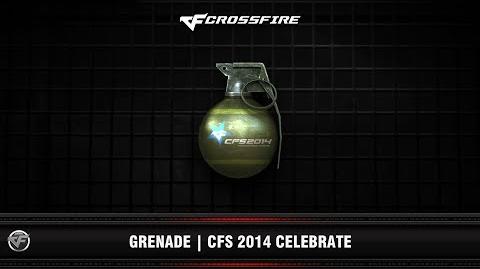 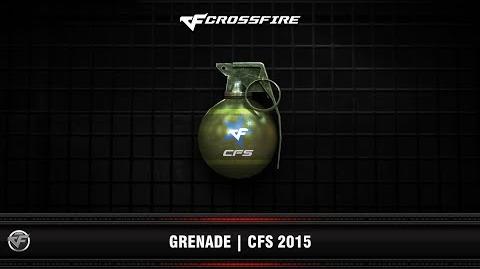 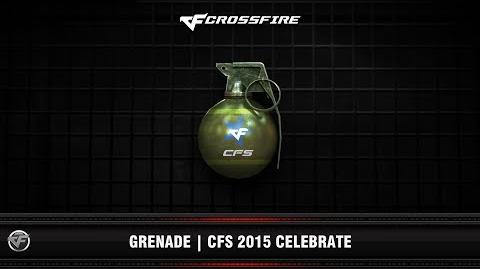 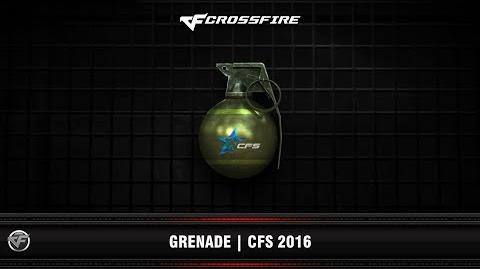 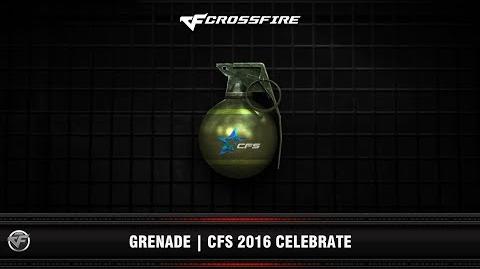 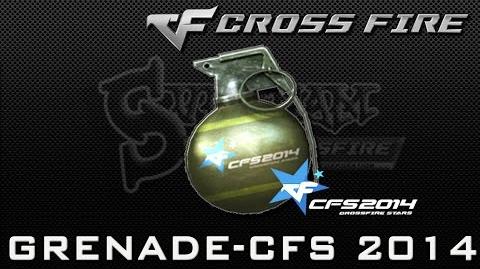 CrossFire Vietnam Grenade-CFS 2014 ☆
Add a photo to this gallery
Retrieved from "https://crossfirefps.fandom.com/wiki/CFS_Grenade?oldid=174736"
Community content is available under CC-BY-SA unless otherwise noted.