Boss War is a Challenge Mode map set in an ancient courtyard, and is the home of Gigant Fist. Soldiers will have to face two Guardians (Guardian Frost and Guardian Flame) acting as the map's bosses alongside their respective minions.

The first thing was the birth of a new biochemical infection called "biochemical zombies". With their birth, the ancient courtyard site once again fell into a biochemical virus horror. At this point, thanks to the help of the mercenaries hired by the X-Files Authority and the DX mercenary group dispatched by the emergency, the riots at the site were quickly suppressed, avoiding the worst scene of biochemical viruses. However, during the incident resolution process, the entire site was completely destroyed, and the part designated as a biochemical virus danger zone was also isolated.

At this point, the fact that there is an ancient courtyard site has gradually disappeared into people's memory. Since then, GRX has once again detected anomalies in this area. In fact, because the biochemical infectious body has been completely eliminated, it has just been judged as a safe area.

Instead of a room of 4 or 5 soldiers like most Zombie Mode maps, this map is extended up to 8 soldiers, minimum 3 soldiers required to start the match as usual. Upon the match, soldiers have infinite reserve ammo equipped. Uniquely, there are only two difficulty levels for soldiers to choose. Despite the fact that there two different difficulty levels, the Reward Crates are the same, the only difference is the bonus reward:

Like with Fatal Canyon, this map is broken into 3 parts:

Upon starting, soldiers will start outside an ancient ruin that has been overrun by various minions from Devastated City and Broken Station - they are Ancient Moles, Ancient Stone Lousers and Speedilos. Although initially weaklings on older maps, these foes are now a lot tougher and require lots of shots to take down. Defeating them all will activate a portal that leads outside where the two Guardian Bosses are waiting (Blue Portal for Guardian Frost and Red Portal for Guardian Flame).

Soldiers will battle against Guardian Frost at the Frozen Cliff on an elevated platform, which suits the nature of Guardian Frost's attacks.

Guardian Flame is another boss in the Volcano Cliff, and he's even more deadly with his flame attacks, including some that continuously damaging soldiers.

When finishing a boss, there will be the opposite portal appearing, which means you need to go there and finish off the other Guardian Boss. After both Guardian Bosses are defeated, both cliffs will open a tunnel that connect the two cliffs and soldiers will meet one another and transport to The Arena.

A cutscene will play upon reaching this area, showcasing Gigant Fist making his grand entrance and ready to beat GR forces who managed to get past his underlings. This area is similar to Boss Arena in shape and size, except it has eight gates that initially serves as spawn points for the Crushers that soldiers can summon by pressing the green button, which help holding Gigant Fist in place; however, when Gigant Fist summons the Soul Sphere to recover his health, the Crushers will disappear and soldiers can't summon it until the boss has finish the skill. There are four cages hang up above the Arena, and soldiers can shoot them to make it drop. Soldiers can make use of this to make it drops right on the boss.

During the battle, the two Guardian Bosses can be summoned to help Gigant Fist beating the soldiers. They will still beat you by their skills, but their health point isn't high like before. They won't be defeated, but only be retreated. At this time, the scene will be more chaotic, and those who got attracted will be paiad attention to pulling the small BOSS to the distance, and don't let the Bosses gather together!

Upon the match, soldiers can pick up one of the four classes to choose from in a match. The Dash skill is default in all four classes. Soldiers can change between classes by pressing H when the items are cooled down. 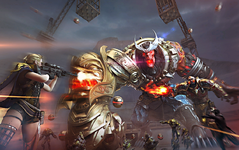 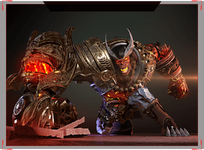 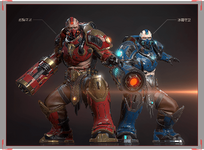 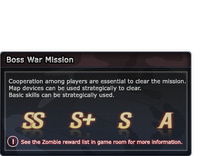 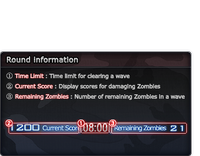 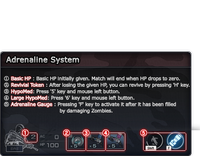 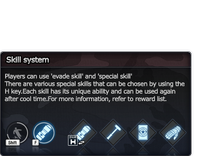 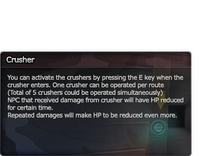 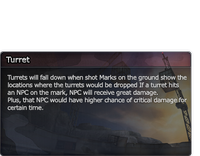 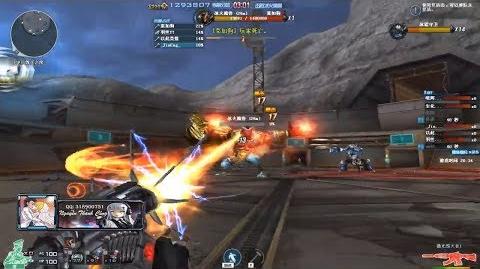