Barrett M98B is a sniper rifle featured in CrossFire.

This M98B still does a deadly damage toward the enemies like many high-caliber sniper rifle does. It also has a fast reloading time, pretty lightweight, and has 10-rounds magazine with 20 or 30 rounds in reserve. Uniquely, it features a very high accuracy when scoped in, allowing players to score pinpoint hit even when moving (A trait which is usually reversed for semi-automatic sniper), meaning experieced players can easily run 'n gun with the M98B.

But this gun behaves similar to MSR with a single scope phase, with physical zoom applied in. It also shares the same scope design with the Knight SR-25.

Available in all CrossFire version. 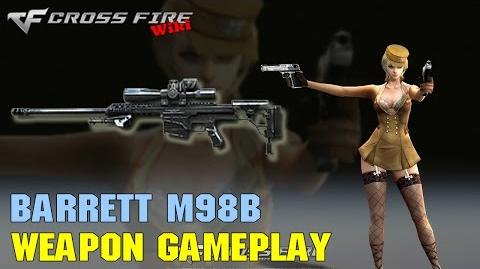 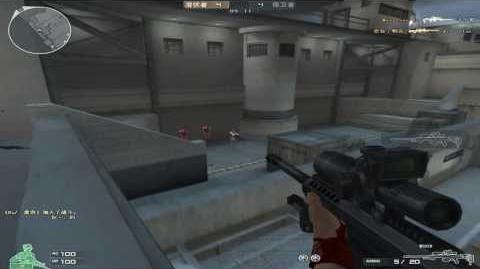 CrossFire China M98B ☆
Add a photo to this gallery
Retrieved from "https://crossfirefps.fandom.com/wiki/Barrett_M98B?oldid=189336"
Community content is available under CC-BY-SA unless otherwise noted.