The Barrett M82A1 fires .50 Browning Machine Gun (.50 BMG) or 12.7×99mm NATO Anti-Materiel ammunition, a very powerful ammunition caliber. It is one of the few sniper rifles that can 1-hit kill anywhere on the body with full wallbang damage. However, this gun is very heavy and takes a long time to cycle the bolt, making it less effective than regular sniper rifles for more mobile snipers in TDM/FFA match.

In CF China and CF Vietnam, the Barrett M82A1 doubles as anti-mutant sniper rifle, capable of scoring 300-500 damages against mutants (In classic MM).

Available in Item Shop and can be rented with CF Points.

Available in VCoin Capsule Shop and it also offers daily prize besides the permanent prize.

Available in Item Shop and can be rented with Koin.

Only CF Vietnam and CF China has the Barrett M82A1's firepower intact. All other servers suffered from damage nerf (however, VVIP variants, their reskin variants like Noble Gold or some limited variants are not effected), as noted bellow: 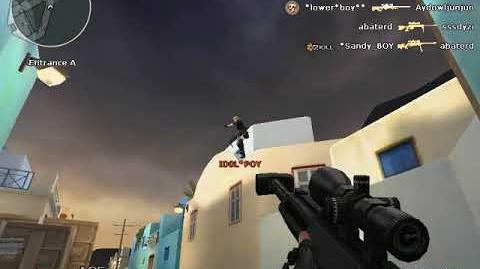 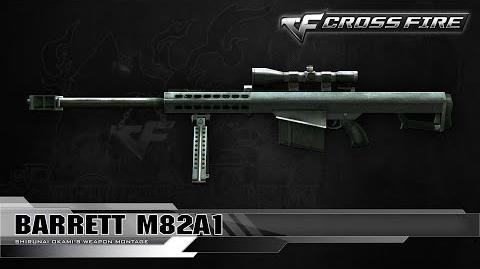 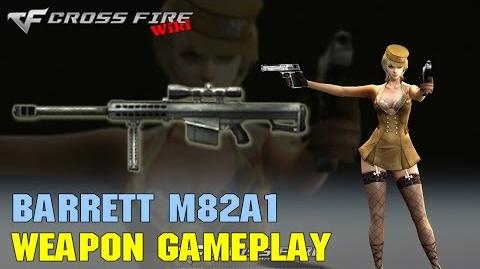 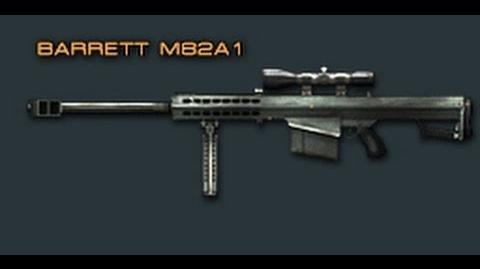