The famous anti-materiel and very powerful sniper rifle chambered with .50 BMG and each magazine holds 10 rounds of it. Despite of its power, this sniper rifle also has high accuracy but very heavy. This weapon has been carved with Flying Dragon skin and plated with 24-karat gold, so it has more value and wanted by the collectors. 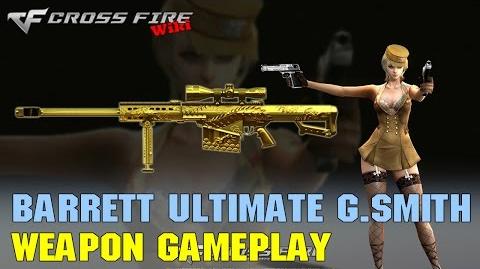 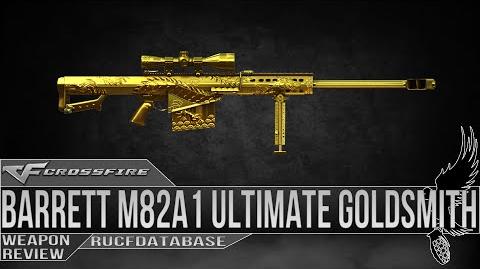 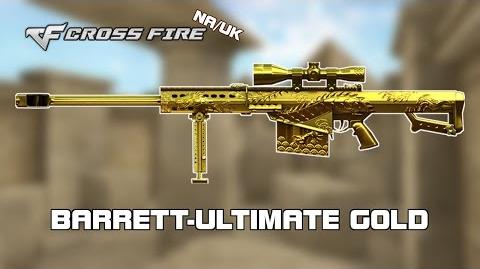 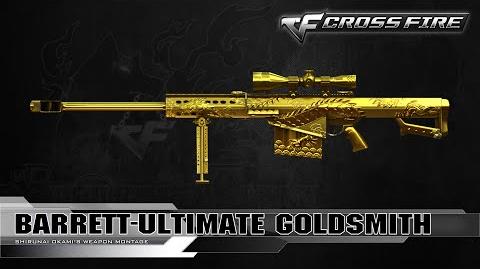 CrossFire China 2.0 - Barrett-Ultimate Goldsmith ☆
Add a photo to this gallery
Retrieved from "https://crossfirefps.fandom.com/wiki/Barrett_M82A1-Ultimate_Goldsmith?oldid=173957"
Community content is available under CC-BY-SA unless otherwise noted.