In addition to the skin, the Barrett RD has a slightly faster bolt cycling time. On the other side, this still remains the slowest sniper rifle in-game. This is a wanted gun and known by its immense power. All in all, this gun is perfect and it is a must-have for collectors. 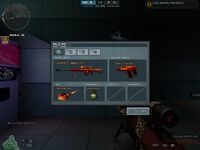 Render (Japan)
Add a photo to this gallery 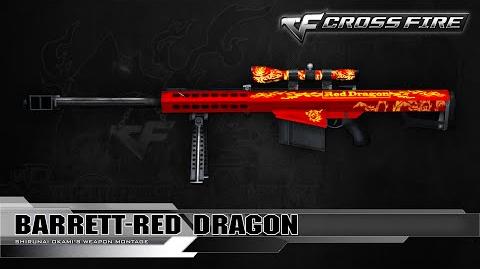 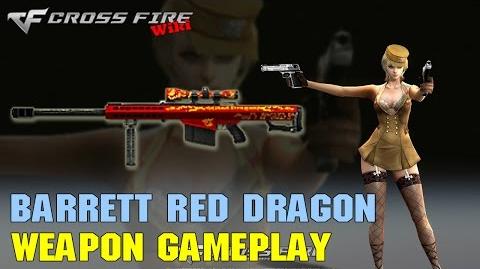 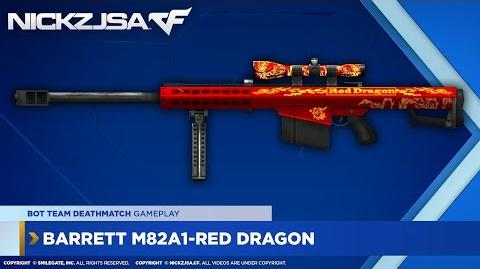 Barrett M82A1-Red Dragon CROSSFIRE Japan 2.0
Add a photo to this gallery
Retrieved from "https://crossfirefps.fandom.com/wiki/Barrett_M82A1-Red_Dragon?oldid=201050"
Community content is available under CC-BY-SA unless otherwise noted.