Balloon Hammer is a melee variant of the Vietnamese exclusive melee, Wood Hammer.

Balloon Hammer shares the same mallet design with Wood Hammer but it has a red handle with baby blue mallet with CF logo painted on it.

Comparing to the original variant, this one has vast improved stats, both faster attack and draw speed, but still retains weak power.

Due to material difference, the Balloon hammer utlilizes different sound effect, which produce more of a "toyish" feeling rather than using real weapon. Balloon Hammer is best used to "troll" your opponents because there's nothing more embarrassing than to be killed by a toy device.

Ultimate Goldsmith
Add a photo to this gallery 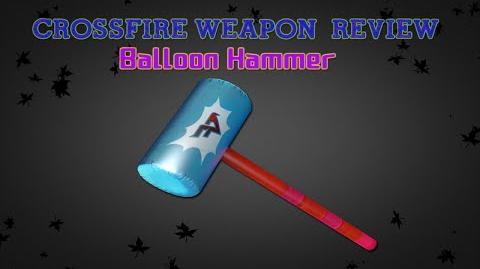 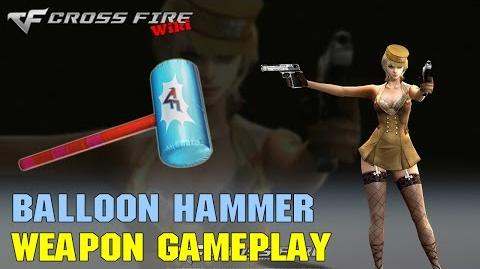 CrossFire - Balloon Hammer - Weapon Gameplay
Add a photo to this gallery
Retrieved from "https://crossfirefps.fandom.com/wiki/Balloon_Hammer?oldid=194184"
Community content is available under CC-BY-SA unless otherwise noted.