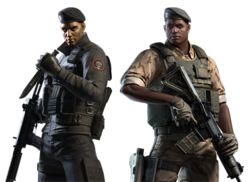 This character is based on the Brazilian special police force. Both character share the same model and they both wear a grey beret with the BOPE icons on it. The BL character wears a desert camo military suit with rolled-up sleeves plus a body armor, while the GR character is dressed in full black police outfit and his armor contains holders for Rifle Magazines. He is also a unique character as it includes Portuguese voices for both Global Risk and Black List sides.

Formed in 1978, the Special Police Operations Battalion is one of the special police units of the Military Police of Rio de Janeiro State. BOPE shares similar roles as SWAT but has other significant roles such as suppressing extensive favela crimes, taking down highly armed criminals, and exterminating drug trafficking factions around Rio de Janeiro. 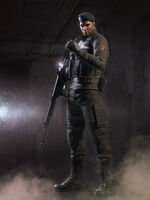 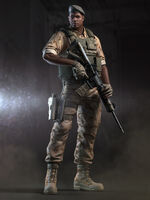 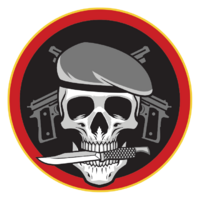 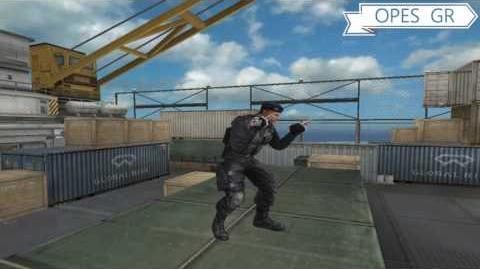