Anaconda-Ghetto is a revolver pistol variant of the Anaconda in CrossFire.

Anaconda-Ghetto features 8 rounds cylinder (+2), just like Red Dragon and Gold variant. Aside from the skin, Anaconda Ghetto inherits all the pro/con factors of the original Anaconda, but like Anaconda-Black, this gun is 10% more powerful, giving players more chance to one-shot kill opponent.

Uniquely to all other variants, Anaconda-Ghetto features a Fast Draw/Rapid Fire mode (toggleable by clicking RMB). Fast Draw has the player fanning the revolver's hammer to discharge bullets at a much faster speed. This technique, however, results in a very high recoil and hard to control spray pattern, making it only suitable for CQB situations (10-20 meters recommended).

In Fast Draw mode, the player can hold down left click (LMB) to keep firing, unlike the normal double action mode which requires a single click for each shot.

Ditto. Fast Draw Mode.
Add a photo to this gallery 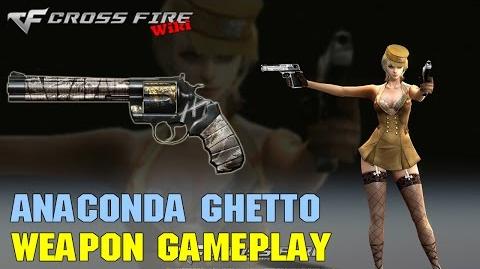 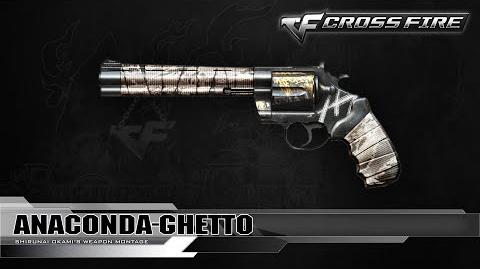 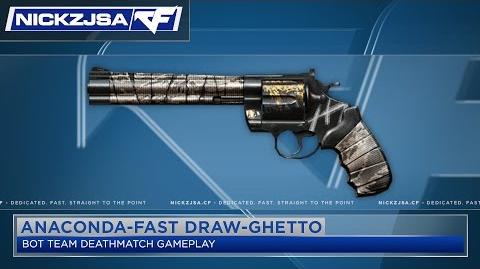 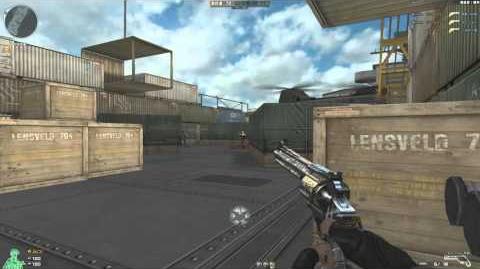 Cross Fire China Anaconda-Ghetto GamePlay !
Add a photo to this gallery
Retrieved from "https://crossfirefps.fandom.com/wiki/Anaconda-Ghetto?oldid=192458"
Community content is available under CC-BY-SA unless otherwise noted.