Anaconda is a magnum revolver that is classified as pistol featured in CrossFire.

Anaconda is a large frame double-action revolver featuring a full length under-barrel ejection-rod lug and six round cylinder, designed and produced by the Colt's Manufacturing Company.

In the game, Anaconda is the main competitor of Desert Eagle. Its firepower surpasses the Desert Eagle's damage, but gets reduced greatly at longer distance. It also fires slower than the Desert Eagle. Anaconda holds 6 rounds per cylinder (24 or 30 rounds in reserve). The drawing and reloading speed is fast, saving precious seconds for combat.

Red Honor
Add a photo to this gallery 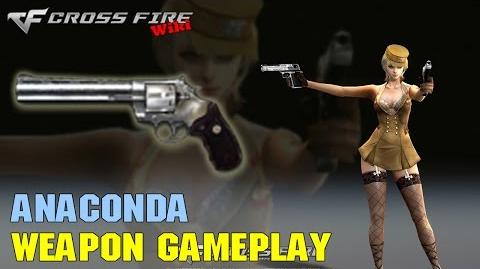 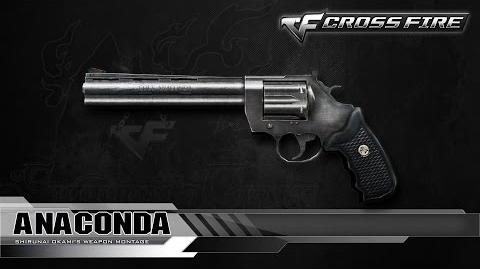 CrossFire Vietnam Anaconda ☆
Add a photo to this gallery
Retrieved from "https://crossfirefps.fandom.com/wiki/Anaconda?oldid=192731"
Community content is available under CC-BY-SA unless otherwise noted.