Considered to be the "classic" Sniper Rifle, the AWM behaves quite similar to the AWP counterpart in CS/CSO: Powerful, 1-shot kill (Except leg/wall shoot), double zoom scope, and medium bolt cycling / reload time. This gun is the only sniper rifle available in WCG, WEM, and CFS tournament, and as such, it's the weapon of choice for expert Sniper players. The AWM comes with 10 rounds magazine (20 in reserve), but in certain servers such as the West server, it only holds 5 rounds per magazine, making scoring streak quite difficult.

In all CF servers, AWM is available in the Item Shop, often costs a lot of GP to obtain and some versions also require a certain rank to purchase. New players will not be able to buy this gun with their starting stock unless they buff it up with GP+ Item, purchase GP or win GP via spinning crates. However, due to the arrival of the New Basic Weapon pack, this weapon is now become one of the default weapons upon creating an account.

Similar to the M4A1-X, a special "advanced" variant of the AWM exists, despite not featuring a stock variant. AWM-A features a longer scope model and bipod in the foiled down position, but the stats is still the same with original AWM. While there's no default variant for AWM-A, it does have normal skin which is featured in the recent CFS Tournament (fitted with participant team's logo).

Although it has disadvantages, it's the gun to be feared when putting in the hands of an experienced player. The fact that it's a 1-shot kill to most parts of the body, this weapon makes it a weapon of choice for just about all snipers. Quick-scopes and no-scopes are best used with this weapon for the fact that if that bullet makes contact to the body or head, it is unlikely that you will have to use a follow-up shot, unlike the M700 (previously basic sniper rifle) which it takes 2-3 shots to take down an enemy unless they've been weakened.

"Dodging skills" is the ability to be constantly moving before you take the shot otherwise you will be an open target. Suggestions would include moving side to side right before you take the shot or hold the walking key to slow down your movement and increase your accuracy. You can either walk or crouch right before you fire. Crouching provides the best possible accuracy but makes you an open target. A skilled sniper can often move into position, crouch, and kill another player and jump back into cover very quickly.

A BL OMOH is about to snipe a GR SAS with an AWM on a Transport Ship as depicted in CrossFire CGI Trailer.

Ditto, about to snipe a GR SWAT in the Black Widow. 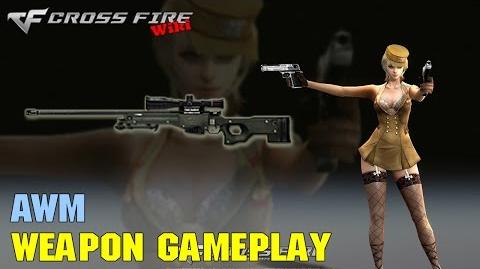 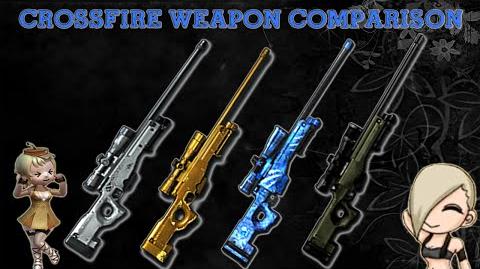