ASh-12.7 is a powerful semi-automatic rifle in CrossFire.

This is the second semi-automatic rifle in CrossFire, after the M1A1 Carbine. It looks similar to OC-14 but this one is bigger and uses 12.7mm (.50 caliber) ammunition.

ASh-12.7 has a high damage dealing (almost equal to CSRG M1915), good accuracy and a reasonably fast draw/reload speed. However, this gun has a small magazine capacity (20 rounds), plus it's semi-automatic so firing speed strictly depends on players' skill. It's still possible to rapid-fire by hammering LMB, but the recoil will increase greatly.

It is capable of killing with 2 body shots at close range, and 3 body shots at longer ranges. Arms and legs need 3-4 shots to kill.

Excavator
Add a photo to this gallery 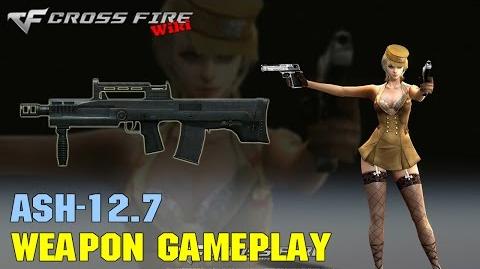 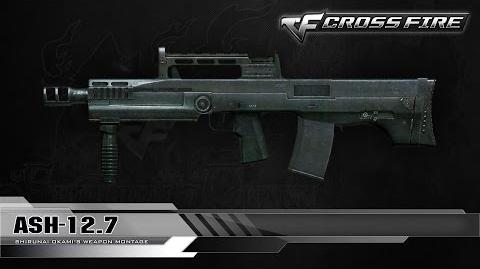 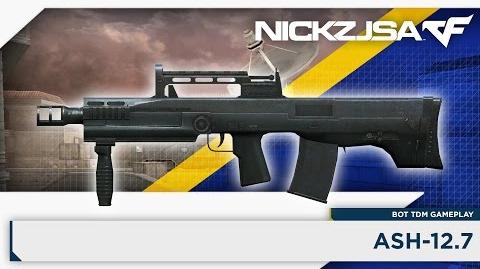 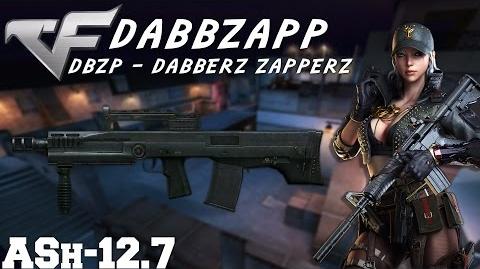 CrossFire Vietnam 2.0 ASh.12-7 HMX Gameplay ✔
Add a photo to this gallery
Retrieved from "https://crossfirefps.fandom.com/wiki/ASh-12.7?oldid=178992"
Community content is available under CC-BY-SA unless otherwise noted.