AN94-Spaceship is a VVIP assault rifle variant of AN94.

AN94-Spaceship, similar to AN94-Arnuvo, this weapon has a futuristic, one-of-a-kind design with white-yellow color scheme skin, plus it comes equipped with a mounted knife. It also has 35 rounds magazine (+5) and enhanced draw/reload speed, making it superior against all other AN94 variants.

This is the first AN94 variant that has a melee attack as a secondary function, up to 3 strikes (same with AK47-Knife Born Beast and M4A1-S Prism Beast) if RMB is held down.

It's also part of the Anti-Zombie WS and features an energy bar in PvE - when it's charged, pressing "1" will transform the AN94-Spaceship into a giant turret with 4 barrels. While in this mode, players cannot move but they can rotate the gun fully 360 degrees. Also, the rate of fire, accuracy, and damage are all improved. The turret mode has 400 rounds capacity when emptied it automatically switched back to its normal mode.

Just like AWM-Infernal Dragon, AN94-Spaceship will refill ammunition when doing headshots with any weapons, as long the AN94 is equipped. Each type of weapons has its own ammo refill:

It also works in Zombie Mode games, which can be useful, due to the fact it is fairly easy to headshot zombies. 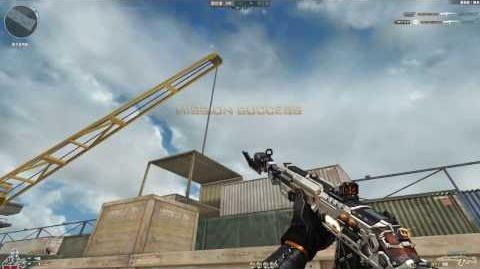 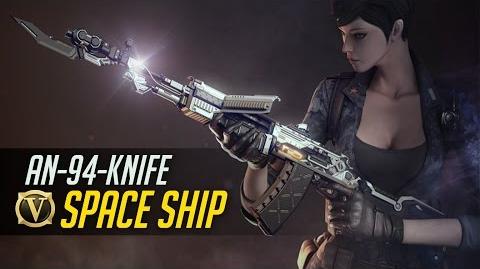 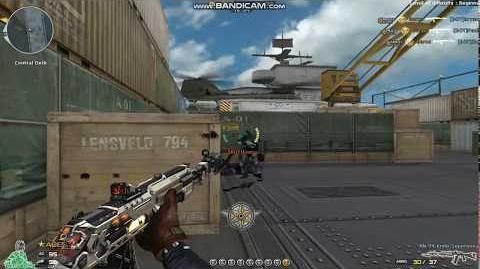 CrossFire Philippines 2.0 - AN-94-Knife-Supernova - Bot TD
Add a photo to this gallery
Retrieved from "https://crossfirefps.fandom.com/wiki/AN94-Spaceship?oldid=203212"
Community content is available under CC-BY-SA unless otherwise noted.