AK47-Knife is an assault rifle variant of AK47.

AK47-Knife is a modified AK47 with an attached bayonet to make it handy in close combat. Compared to the AK47, this weapon has slightly slower draw speed, slightly lower accuracy, higher recoil, and slower firing speed due to the bayonet that increases the weight on the front barrel.

The bayonet is able to do a one-hit kill stab to the head, arms, or chest. However, it sometimes it takes 2 or even 3 stabs to the arms or chest to kill, especially if the target has body armor, so this attack is only useful if the enemy is low on health and their ammo is out.

Yellow Crystal TC
Add a photo to this gallery 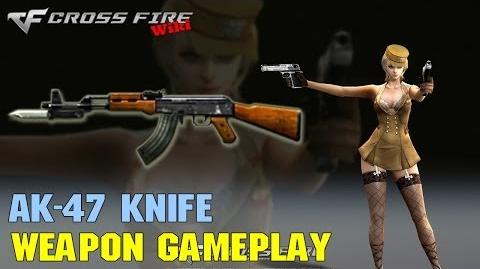 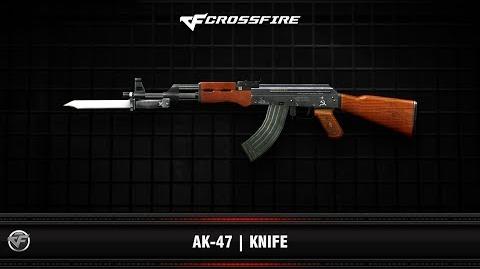