AK47-Scope Devil Wing is an assault rifle variant of the AK47 Scope.

Like the M4A1-Custom Devil Wing, this gun features a purple-black Devil Wing skin with a glowing purple aura and a devil eye on the red dot sight which has its pupil constantly open and close. When drawing or reloading the gun, it will emit a dark wing special effect. Unique from AK47 Scope and its variants, the Devil Wing uses a new model of the AK47.

Besides aesthetics, the Devil Wing features enhanced accuracy and the same damage as the original AK47 Scope and comes with a 35 round magazine (+5). 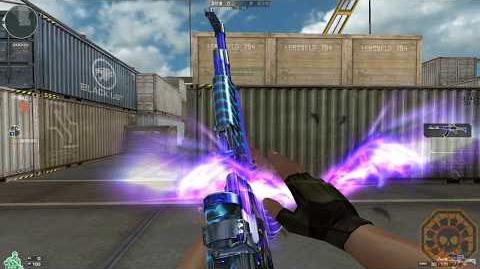 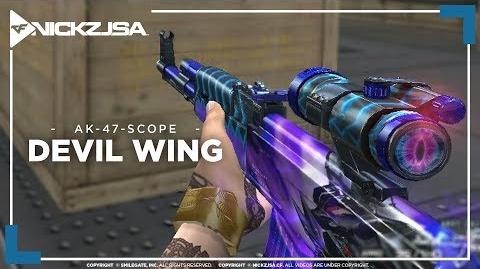 AK-47-Scope-Devil Wing CROSSFIRE China 2.0
Add a photo to this gallery
Retrieved from "https://crossfirefps.fandom.com/wiki/AK47-Scope_Devil_Wing?oldid=203007"
Community content is available under CC-BY-SA unless otherwise noted.