AK47-Knife Transformer is a VVIP assault rifle variant of the AK47 Knife.

The AK47-Knife Transformer is similar to the AK47-Beast in terms of stats. However, this weapon features a faster bayonet stab than the AK47-Beast, and has a special melee ability called "Charge Shot".

Unlike other VVIP weapons, this weapon features a two-color effect roaming around its body. At first, the color of the body effect is blue. Then, after a few seconds, it turns red (somehow charging itself). When the charge meter is full, the player can now shoot a "Charge Shot" by pressing right-click. This beam has the same range as the bayonet stab, but it is a guaranteed one-hit kill, and it is even faster to perform than the stab. 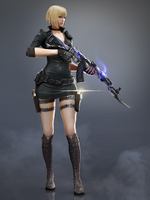 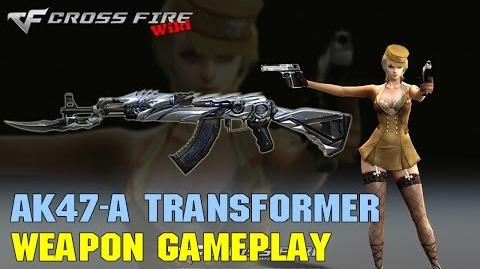 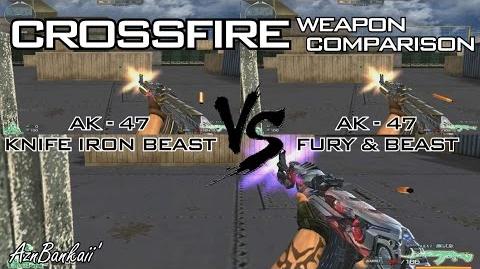 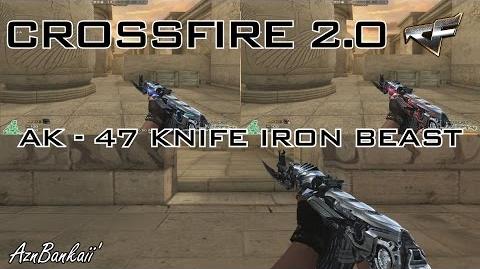 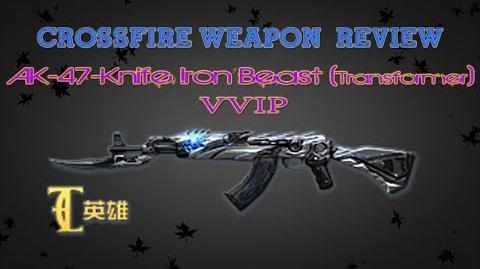