AK47-Knife Ares is a variant of the AK47-Knife in CrossFire.

This weapon is released along with CrossFire 2.0 update.

The world's famous AK-47, now has been rebuilt using the thermostable ARES alloy, which is known to helped to win the war against the nano ghost.

This weapon has been modified, now with a bayonet attached, expanded ammunition capacity, and a dual magazine that makes the reloading process faster.

The AK47-Knife Ares is a step up compared to other AK Knife variants. It has a faster draw speed, higher accuracy, slightly higher damage, faster rate of fire, and most importantly lower recoil than the AK47 Knife. In this aspect its actually more of an upgraded AK47.

Because of the dual magazine attachment, the reloading time has been reduced significantly. And the attached bayonet is useful in close-quarter battle. It can kill in one stab to the chest, arms, or head.

Rank Match Red
Add a photo to this gallery

HUD (Reload)
Add a photo to this gallery 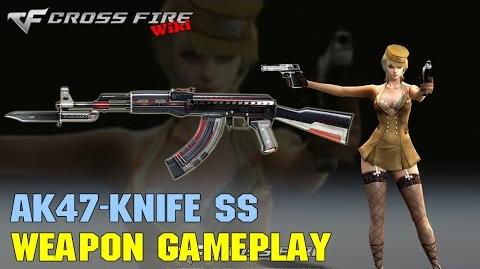 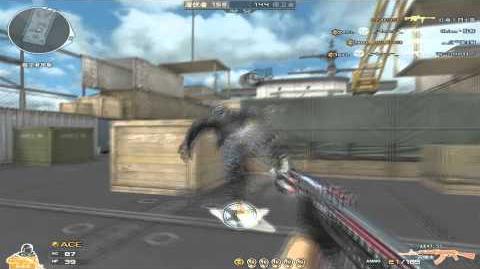 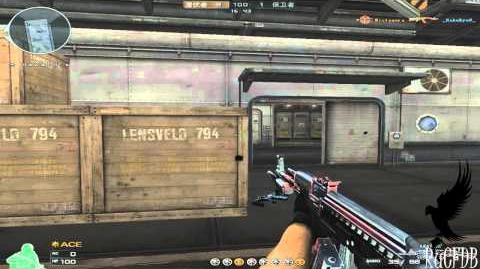 Retrieved from "https://crossfirefps.fandom.com/wiki/AK47-Knife_Ares?oldid=185318"
Community content is available under CC-BY-SA unless otherwise noted.