9A-91 is an assault rifle in CrossFire.

9A-91 has a small yet compact design, allowing it to fire very fast along with high accuracy. Besides that, this weapon is also lightweight and has fast drawing and reloading time.

The only downside is that the 9A-91 has a small magazine capacity (20 rounds, plus 60 in reserve), so it can easily run dry, often without being able to kill the target due to its low damage per bullet.

Wild Eagle
Add a photo to this gallery

Elite
Add a photo to this gallery 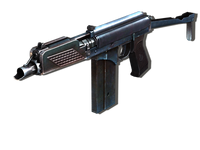 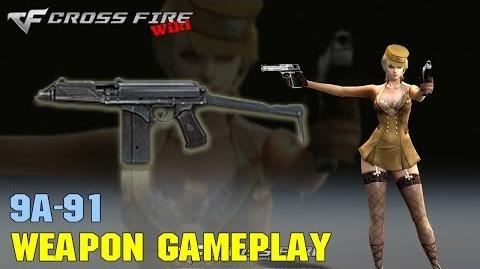 CrossFire - 9A-91 - Weapon Gameplay-0
Retrieved from "https://crossfirefps.fandom.com/wiki/9A-91?oldid=205228"
Community content is available under CC-BY-SA unless otherwise noted.